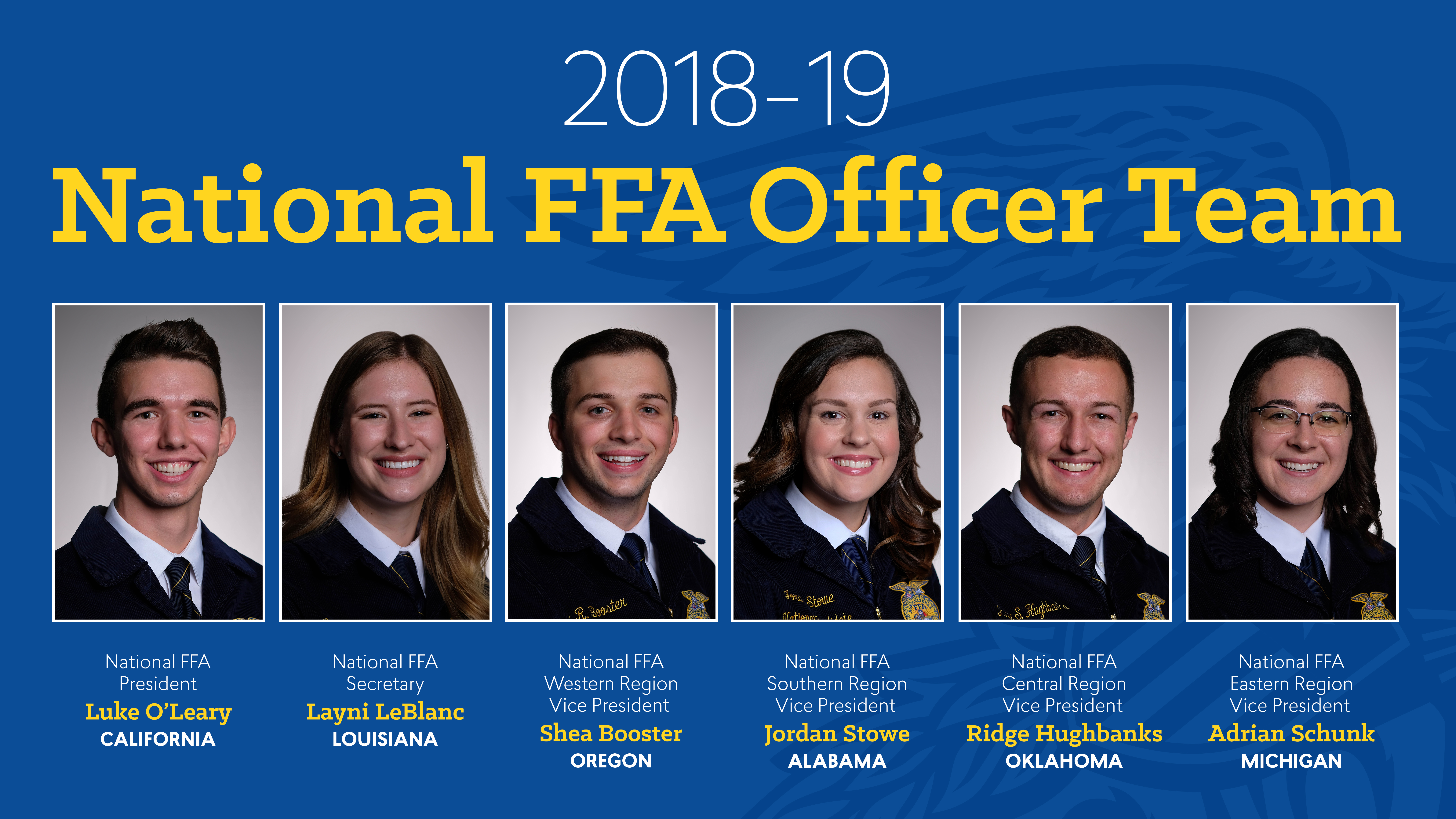 Students from California, Louisiana, Michigan, Oklahoma, Alabama and Oregon have been elected by delegates throughout the United States to serve on the 2018-19 National FFA Officer team.