The Fight for Female Membership

It’s been 50 years since the 1969 National FFA Convention when women gained full membership. Let’s celebrate the decades of courage, diligence and relentlessness that paved the way. 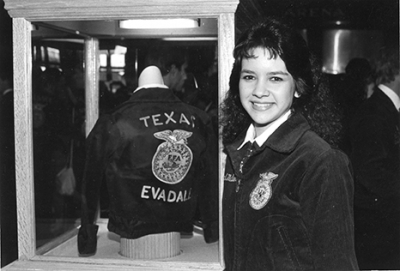 In 1942, D. Gilson was a successful member of the Port Royal FFA Chapter in Pennsylvania by every definition. Gilson was an engaged agricultural education student, led successful projects on the family farm, and received the chapter’s coveted Carpentry Award as a senior.

When the United States entered World War II, Gilson temporarily left college and worked as a welder, using the skills developed growing up on a farm and in agricultural mechanics classes in high school. After the war, Gilson completed college and went on to become a teacher and farmer. Unfortunately, you won’t find the successes and stories of Dorothy Gilson-Baker (D. Gilson), or thousands of other women like her, among any national archives. It wasn’t until 1969 that women were officially allowed membership into the National FFA Organization. However, in the 50 years since the formal acceptance of female membership, women have become an integral part of the organization. Women have achieved significant milestones, and they continue to shape the future of agricultural education and the industry of agriculture.