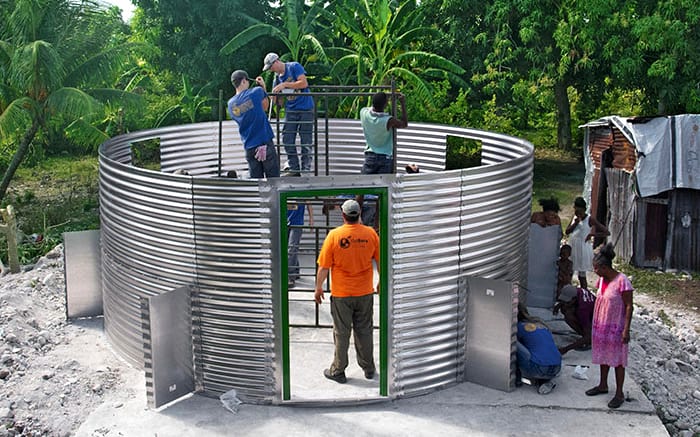 On the afternoon of Jan. 12, 2010, a magnitude 7.0 earthquake struck Haiti, a small country that shares an island with the Dominican Republic in the Caribbean, about 700 miles southeast of Key West, Fla. With approximately 3 million people affected, this earthquake was the most devastating natural disaster ever experienced in Haiti. As a result, the country faced the greatest humanitarian need in its history. 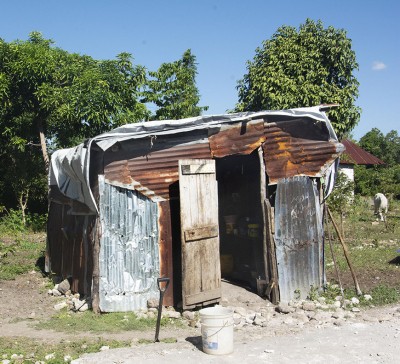 Unfortunately, Haiti is no stranger to hardship. Natural disasters and their effects dot the country’s history. More recently, Hurricane Matthew hit Haiti on Oct. 4, 2016, as a Category 4 hurricane with torrential rain, massive storm surge and winds up to 145 mph. Death tolls and damage reports rose rapidly in the days following its landfall, characterizing Hurricane Matthew as the largest humanitarian emergency in Haiti since 2010.

Last December, eight members of the Audubon FFA Chapter in Audubon, Iowa, along with advisor Brittany Elmquist and her husband, Joe, traveled to Les Cayes, Haiti, to help rebuild. The team partnered with GoServ Global, a disaster relief and community development nonprofit organization, to build a Sukup Manufacturing Safe T Home for a family in need.

The chapter built on the experiences of former members who visited Haiti five years earlier. “Six years ago, we were at the state FFA convention in Iowa, and the Sioux Central FFA Chapter had a display and some information for students about building a Safe T Home in Haiti,” Elmquist says. “I had two students go to that presentation, and they came up to me afterward and said, ‘Mrs. Elmquist, we’re going to Haiti. We need to go to Haiti.’ And I said, ‘OK.’ I think they were completely surprised with that answer. We knew we’d have some research to do, but that’s what started it. They went five years ago, and here we are today.”

Community involvement is what made the trip become reality.

“Audubon is a very supportive community, and our family and friends and community stepped up to the plate and helped out immensely,” Elmquist says. The chapter held a fun donkey basketball game fundraiser (a basketball game played while riding donkeys) and a silent auction, and each student received sponsorships. 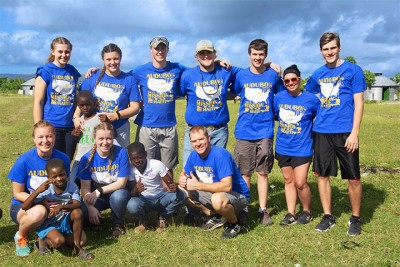 In essence, a Sukup Safe T Home is a modified grain bin that serves as a home and shelter in developing countries. It has galvanized steel walls; 254 square feet of interior space; an interior loft; ballast boxes; a heat-shielded, ventilated roof that keeps the interior cool; a lockable steel door and windows that provide safety and more – all of which help improve the quality of life.

“We know from the [previous] hurricanes that they can withstand [hurricanes], and they can provide a safe place for this family to be,” Elmquist says.

Given the Safe T Home’s close proximity to the recipient’s existing shelter, the team had an opportunity to interact with the homeowner and his children. It was an experience that made a mark on each of them. 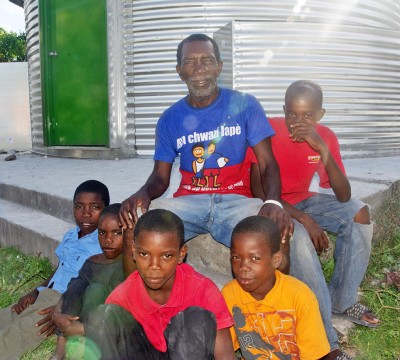 “I love this family,” Elmquist says. “It means a lot now that we know them. We’ve seen the father and his five sons, and his sons were so eager to help and they wanted to learn how to help. You could see that they couldn’t wait for us to be done with this house so they could move in. It was pretty awesome.”

“They knew we were here to build a home for them, but they couldn’t just sit back,” adds alumnus Nolan Smith. “They were up helping and trying to do as much as they could. I just think that’s awesome.”

“There’s a sense of pride there. They wanted to be a part of their house,” says Grace Christensen, who was a high school senior at the time of the trip. “The father was very grateful. Through his eyes and tone of voice, you could definitely tell that we were making an impact, and I think that’s so cool.”

Along with his five young sons, Safe T Home recipient Vainceur Prosper had been through a very devastating and traumatic season of life. His wife passed away two years ago, and in the middle of that grief, he had to find a way to provide for his family as a single parent. Then Hurricane Matthew made landfall.

He recalls his feelings as the hurricane approached. “It was a terrible time. I had my kids lie down on the bed, then a wall fell. God did an amazing thing for us. God saved us.”

Needless to say, Prosper is thankful for this new chapter.

“The kids were very excited to see the house go up,” he says. “They said, ‘Daddy, we’re so happy!’ God is doing a good thing for us, and we’re so happy for that. “We feel comfortable now because we have a good house,” he adds. “I give God thanks, and I thank this team.”

A Different Kind of Work 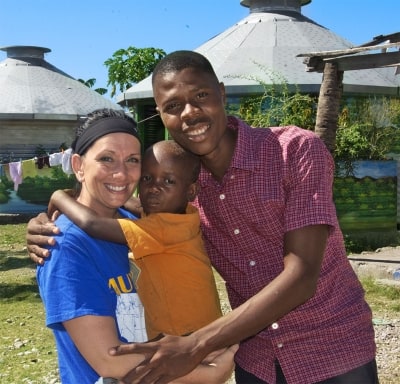 In addition to the Safe T Home build, the Audubon team visited orphanages in the area where they played with the children and did repair and maintenance projects on the grounds.

“We were able to see all the different projects GoServ Global has been a part of, and a large part of that is the orphanages,” Elmquist says. “The team visited four different orphanages and enjoyed every minute of learning from the children.” The team decided to sponsor a Haitian boy named Paul, and they made him an Audubon FFA member at their annual chapter banquet in March.

“We played with the kids, which you’d think is a small thing to do, but when you get there and they all run up to you, you just feel how excited they are to have attention,” Christensen says. “We did come down here to work, and that is work – playing with the kids and embracing them makes a difference, too.”

The team also learned how agriculture is done in Haiti. “Some of our students got to plow with cattle in front of them, which was entertaining – I think more for the Haitians than for us – but we also got to see the rice paddy fields and how things are done there,” Elmquist says.

“It was really cool to try to do some things the way they do,” Smith says. “Normally, if we need to plow, we’ll hop in the tractor and throw the plow in the ground, but it was a lot tougher to do there.” 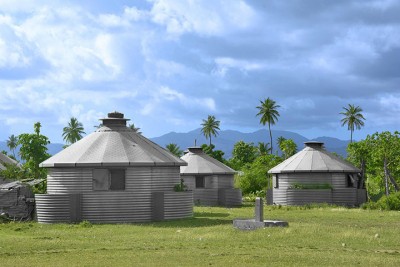 Over the course of the week, team members began to realize that some of the most meaningful experiences in life come when they step out of their comfort zones.

“I think there’s a lot we can learn from other cultures,” Smith says. “We don’t really need everything to be happy. It’