Honoring a Legacy Through Action: Past National FFA Officers Reunite in Memory of Jeff Rudd

Since his year as a national officer, 1978-1979, the prepared public speaking leadership development event (LDE) was a passion in Rudd’s life. He became a committee member and had plans to take over as the prepared public speaking LDE superintendent three years ago. When he became ill with cancer, he asked fellow past national officer, E.L. Caraway, to fill in. “The hope was that he would have to miss that year because of his illness, then he would come back. What he set in motion was an opportunity for his entire officer team to get involved. Two years ago, Jeff went home,” said Caraway.

After Rudd’s passing in 2016, Caraway was asked to be superintendent. “Since it’s our 40th reunion for our officer team [this year], we were able to put together a prepared public speaking committee that had four of the national officers from Jeff’s team. Most importantly, it included Jeff’s wife, Deborah, and Jeff’s daughters Lydia and Rachel,” said Caraway.

Caraway says half of their officer team competed at the National FFA Prepared Public Speaking LDE prior to becoming officers, so it holds great meaning. “We’ve been a family this year working the competition. Every step of the way, we have Jeff on our mind and we try to put on the competition how Jeff would have wanted us to,” said Caraway.

Fairness in competition for every student is the committee’s number one goal. “Without question, Jeff would have wanted all of the students, parents and advisors to have a positive, memorable experience,” said Caraway.

Alongside Rudd during his illness was his wife Deborah, who believed in his passion for the contest.  “Jeff and I met through FFA. The first time we met was at state convention when he was national officer and I was receiving a chapter award. We joked about the fact I very vividly remember shaking his hand. Then later we met at NC State; we were in ag ed together,” said Deborah.

Deborah and her children remember meeting Rudd’s fellow officer team at their 25th anniversary at the 2003 National FFA Convention in Louisville. It was a reconnecting point for the team and they became a family. In May 2016, the team planned a reunion, the last trip Rudd got to take before passing in September. “At his memorial service, all but one of the officers came. FFA is family. It’s very special to be here [at national convention] on this occasion of their 40th [anniversary],” said Deborah.

Kelly Grant has continued to be touched by Rudd’s life. “As we reunited at his memorial service, I can’t begin to explain the lives Jeff touched. He had a way of keeping people on track and had a special spirit that has driven us to do this [the committee],” said Grant.

Dean Norton says the committee strives to remember the contest is about the students. “It’s about giving them that opportunity and encouragement. Jeff believed you changed the world one person at a time. ‘Many Simple Acts’ was the title of his retiring address,” said Norton.

The committee says Rudd always focused on others and cared about the FFA students having opportunities. “I think what we tried to do this year, and hope to continue in tribute to Jeff, is to serve on this committee with the same kind of heart, spirit and passion Jeff had, a servant’s heart, for these kids,” said Caraway.

At the prepared public speaking banquet this week, Norton explained how their officer team came together to serve on the committee on behalf of Rudd. “I think there were a lot of kids in the room that when they saw there were four past national officers on this committee, it gave them a spark, that [they] can keep doing this even after [they] wear [their] jacket,” said Deborah. 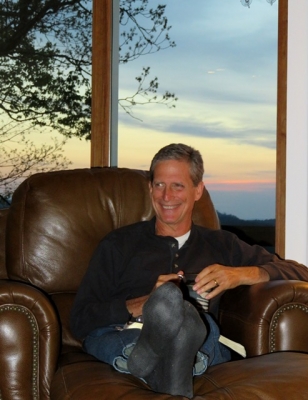 Lydia and Rachel Rudd both think having their dad’s past officer team in their lives is a special thing. “When they all came to our house when dad passed away, they supported us, cleaned our house and cooked meals for us. I hope I have friends like these guys and people in my life that will love my family the way they have,” said Rachel. “They are family and have looked after us. It is a special and unique bond we wouldn’t have otherwise,” said Lydia.

Lauren Schwab is a graduate of Miami University in Oxford, Ohio. She works full time on her family’s pig farm as the farrowing house manager. She is a freelance writer and blogger at farmgirlwithcurls.com.