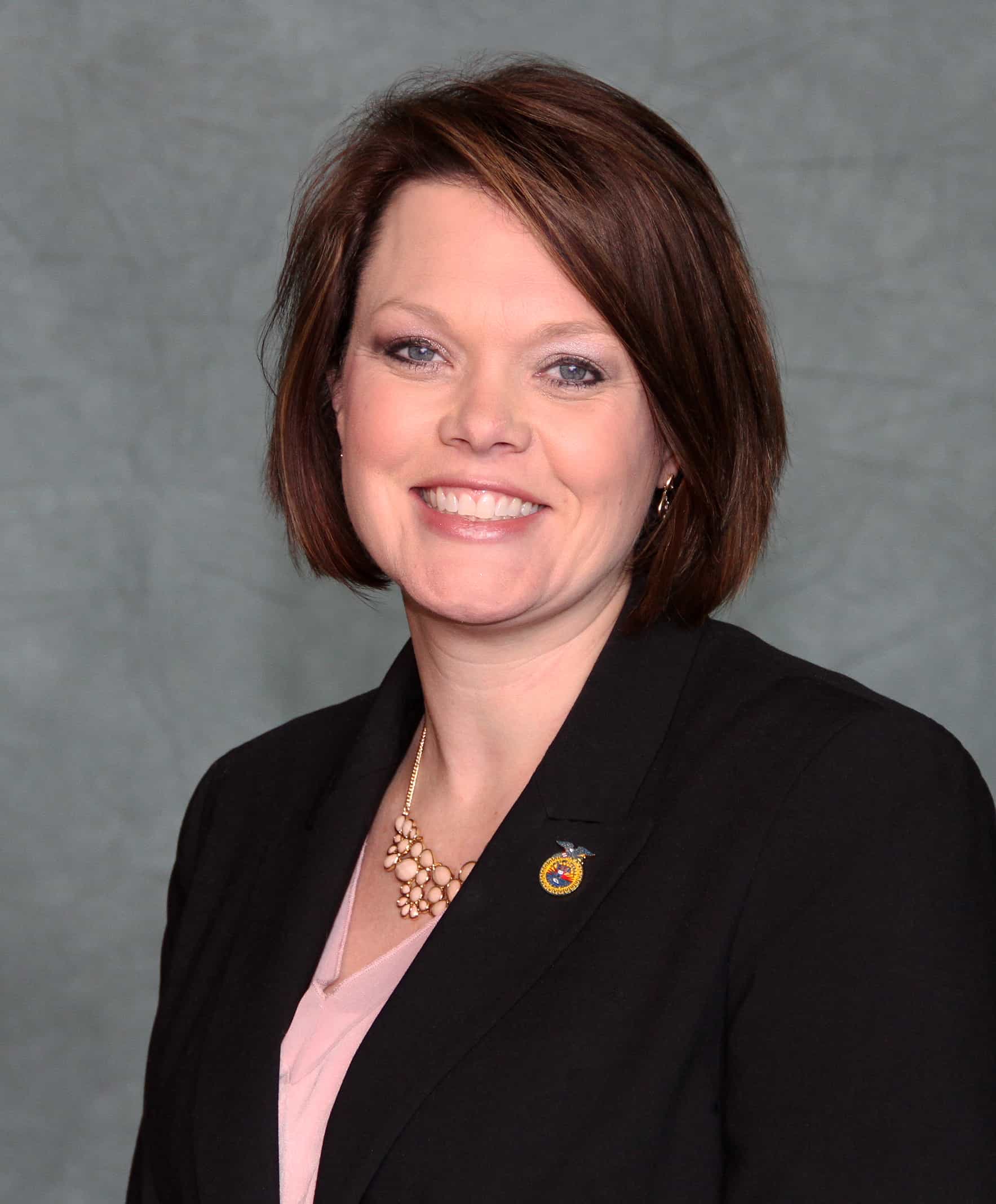 Running for state FFA officer in 1995, Molly Ball gained lifelong public speaking skills and self-confidence, but not winning the title proved one of the best lessons of her young life.

Just two years earlier, she had not ventured much beyond her quaint Vicksburg, Mich., village before traveling to the bustling nation’s capital to attend Washington Leadership Conference (WLC). “Attending WLC as a junior in high school truly changed my trajectory; I believe it was the turning point in my life,” she says.

Little did she know that 26 years later, her title would be National FFA Foun­dation president and chief marketing officer. ­­­

Ball rose to her challenge. “I chose to find other avenues to give back to FFA and stay involved, from interning at national convention to volunteering at my local chapter. I got lucky, and FFA hired me after I graduated from Michigan State University.” ­

As FFA chapter reporter in high school, Ball started a regional newsletter, and then in college, she majored in agriculture and natural resources communications. Right on track, she had earned her coveted FFA internship in the newsroom at the National FFA Convention in 1997. “Being able to intern and taking a job at National FFA at 22 was phenomenal,” she recalls.

Eventually, her career shifted to development for colleges back in her home state. “But my deep love for FFA never waned,” she says.

After 15 years of masterfully managing major fundraising campaigns in higher education and nonprofit sectors, she was recruited by the National FFA Foundation. And though Ball is the first female in this role, it wasn’t her reason for accepting. ­­­

“I told my husband: ‘I’m not like Betsy Ross; I’m not taking this job to change history,’” she says. “FFA needed someone to lead their fundraising team. I wasn’t looking at it from a gender perspective at all.”

But the honor of her position isn’t lost on her—especially given that this year marks the 50th anniversary of the 1969 national convention, which first saw the acceptance of female membership in the organization.

Ball generously supports FFA as an individual donor. She says being in development instills one with a sense of duty to give back to something that has given you so much.

She and her husband also donate to her former FFA chapter in Michigan, giving to a scholarship for FFA members to go to WLC. “I want to make sure that students who want to go (but are unable) have the opportunity to attend. It’s such a powerful program; if we can change one kid, then we’re all the better.”

“My husband tells people he sees a light in my eyes when I talk about our three children and the same sparkle when I start talking about FFA,” she says. “It’s my passion, and it’s in my heart. It’s where I learned to be the person I am today.” ­­­