By Justin Davey|2019-06-21T11:35:29-04:00June 16th, 2019|Crisis Relief, FFA New Horizons, The Feed|
One year to the day after Hurricane Maria made landfall in Puerto Rico, I was on the ground there experiencing firsthand the resilience and dedication of its FFA members.

Imagine this: No electricity. No water. Demolished houses. 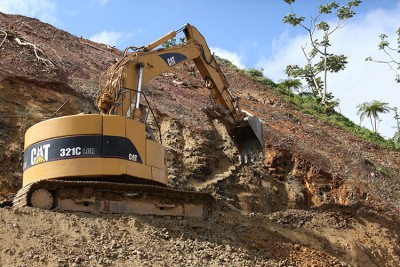 One year after Hurricane Maria, a crew clears debris from a mountain road.

Steep mountain roads made impassable by mud and vegetation. Rations at the grocery store to ensure there’s enough food to go around. Limited medical supplies at the hospital. A lack of gasoline, even for first responders, and long lines of cars waiting for the next tanker. Helicopters flying overhead, dropping supplies for stranded communities.

While that dire situation may sound like a postapocalyptic movie, unfortunately, it’s far from fiction. These terrible events – and more – actually took place. In September 2017, Hurricane Maria ripped across the island of Puerto Rico and caused catastrophic damage and numerous fatalities. It was regarded as the worst natural disaster on record in Puerto Rico, and residents of the island were still recovering from Hurricane Irma, which struck two weeks earlier. Approximately 80,000 people remained without power as Maria approached, and that storm went on to completely destroy the island’s power grid leaving millions of residents without electricity.

Structures around the island of Puerto Rico were damaged or destroyed by Hurricane Maria. Here, the house on the right was abandoned after the storm. It has been swallowed by vegetation and there is no direct access. On the left, what was once a house before the storm has fallen forward on its face.

As I toured Puerto Rico and met with local FFA members in September 2018, the impact of the storm was still evident. Blue tarps provided by the Federal Emergency Management Agency (FEMA) were still widely used as roofs. Heavy machinery still cleared debris from mountain roads.
As a territory of the United States, the U.S. government provided recovery and relief efforts in Puerto Rico. Reports of response time and levels are varied, and some residents in rural areas went months without government aid. Whether out of necessity or a drive that lives inside them (or probably both), many people didn’t wait for outside assistance to start rebuilding their lives. FFA members and advisors in Puerto Rico joined with their communities to clean up their homes, their neighbors’ homes, their roads and their schools. In a phrase, they lived to serve.

Puerto Rico is home to 2,650 FFA members and 150 chapters, including Jose Emilio Lugo High School FFA in Adjuntas (about two hours southwest of San Juan, the capital). The Adjuntas community braced as the storm approached. “It was very nerve-racking because we’re 16, 17, 18 years old and we’d never experienced anything like that,” says chapter president Genesis Perez. “We didn’t know what was going to happen to our families, our friends and our community.”
“A week before, we had Hurricane Irma,” adds Caleb Velez, chapter vice president. “We didn’t expect another storm so soon, so we weren’t prepared. It came as a surprise.” 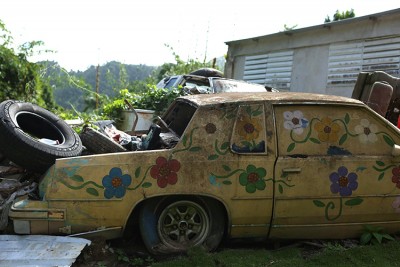 The aftermath of Hurricane Maria.

Member Fremiud Otero’s home was lost in the storm. “We were home when the storm came,” he says. “Water came through the roof, so we needed to move outside. A neighbor rescued us, and we stayed in her house for the night. After the hurricane, we went to my grandparents’ house, which is close by, and we stayed there for seven months. We’re now living on the first floor of our house again, which was reconstructed, and we’re in the process of fixing the rest of the house.”

Chapter secretary Gabriela Gonzalez’s home was also damaged. “A 300-year-old tree behind our house fell on our roof,” she says. “We had to move because the house wasn’t safe.” At the time of my visit, her family still wasn’t living in their home, but they have since returned. 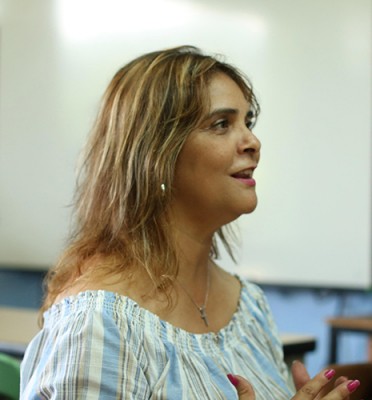 Adding to the emotion and disruption of being without a house, the school was closed for three months after Hurricane Maria for repairs and to house refugees. But FFA members didn’t sit idle.

“Most of the damage was around the school grounds and not to the school building in particular,” says Nydia Nunez, the agriculture instructor and FFA advisor at Jose Emilio Lugo High School. “The students really came together. They made teams to help in the community. Even the  students who lost houses  and family members came together to help the community.” 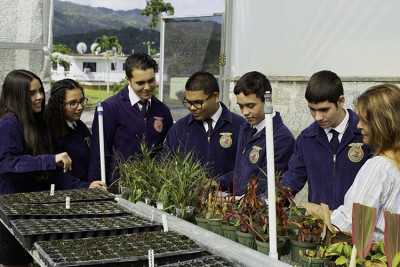 The school greenhouse, which sits on the perimeter of the school grounds and is used by agriculture students, was completely demolished. The metal structure was damaged and some pieces blew away. In typical FFA fashion, the students pitched in and rebuilt it. “We worked very hard to put it back how it was. It’s now a little lower than it was, but it’s very functional,” Gonzalez says with pride. 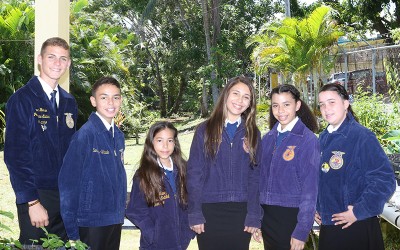 At SU Antonio Tulla Torres school in Utuado (about an hour and a half southwest of San Juan), agriculture instructor and FFA advisor Juan Maury describes a similar scene.

“We have an 8-acre farm at the school with a small coffee plantation, plantains and vegetable gardens,” he says. “Trees were uprooted, and the farm had 100 percent destruction. “There were people, like angels, who came to help us clean up the school farm,” he continues. “Community members, other teachers from our school and other FFA chapters came. The spirit of FFA is alive here. It equips those of us who want to know how to help ourselves and others. I saw that in action with the chapters that came to help. They’d ask, ‘What are we doing today?’ and then get to work.”