Hendrix Paterson grows a successful SAE to serve his chapter, school and community.

It was in his middle school FFA program that Hendrix Paterson first knew he wanted to pursue a career in forestry.

“I remember participating in a forestry competition when I was in the SunRidge Middle School FFA in Winter Garden, Fla.,” says Paterson, now a sophomore at Windermere High School in Windermere, just outside of Orlando. “I fell in love with every part of it.”

Today, the 15-year-old is using his experiences to nurture the interest that has taken root within him and to prepare for a career as a forest ranger.

Paterson’s interest in forestry led him to Forestry Training Camp as both an eighth- and ninth-grader (in 2017 and 2018, respectively) where he learned about soil, tree diseases and disorders, wildfire protection, job opportunities in the forestry field and more.

Sponsored by the Florida Forest Service and open to FFA members across the state, each weeklong camp is held at O’Leno State Park in northern Florida and ends with a competition in which campers are tested on what they’ve learned. During both years of attendance, Paterson scored well enough to be named among the top 10 of about 65 campers.

“We’re tested on things like map interpretation, timber estimation, tree identification, tool identification and general forestry knowledge,” Paterson says. “I’ve been excited for my hard work to pay off , and it’s been an honor to be a top camper for two consecutive years.

“It was at a forestry camp where I realized I wanted to be a forest ranger one day, and I know FFA is going to help me get there,” he adds. 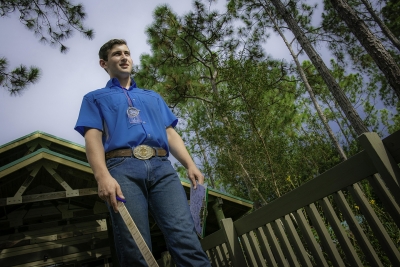 Paterson has been a longtime FFA member, first joining the organization in 2013 as a sixth-grader. He competed in several career development events (CDEs) in areas such as forestry, land judging and livestock evaluation at the state level. During his eighth-grade year, he served as the chapter’s president.

Today, Paterson is an active member and leader in the Windermere FFA, a new chapter that began at Windermere High School in 2017 and has grown to nearly 50 members.

Our chapter is filled with amazing people who have a lot to offer, and we’re doing great things to help our community,” Paterson says. “Through our hard work, I think we’ve shown that Windermere FFA is something special to be part of. We’re one big family, and there’s a place for everyone; I think that draws people in. We now have 400 agriscience students in our school — chances are, many of them will join FFA, too.”

As a freshman, Paterson served as the student advisor for Windermere FFA, and he’s currently the treasurer. He has continued his participation in CDEs, most recently competing in land judging, meat evaluation and agricultural sales at the state level, and he mentors the SunRidge Middle School FFA forestry CDE team. However, his biggest contribution to date is the supervised agricultural experience (SAE) project he broke ground on in 2018.

A New Species of SAE

Paterson channeled his passion for forestry into an SAE with the assistance of Dana Sussmann, a senior forester with the Florida Forest Service. Sussmann helped Paterson secure a $400 grant to purchase trees for his project — creating a native tree forest on the Windermere High School campus. 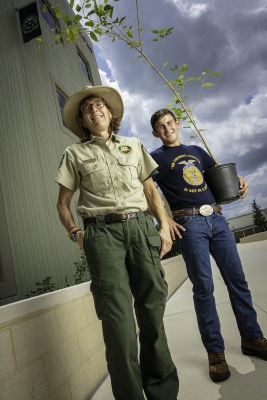 “I wouldn’t have been able to do this without Dana, and I can’t thank her enough,” Paterson says. “She took a big interest in my SAE and helped me make my dream a reality.”

Paterson’s trees include a wide range of native species such as American elm, red cedar, magnolia, bald cypress, pine and oak. His high school campus is now home to approximately 40 trees, and he plans to plant at least 60 more during the 2018-19 school year.

“Hendrix’s SAE is a perfect fit for him because he truly loves forestry, but it’s also important because there really weren’t many trees on the Windermere High School campus,” says Amy Paterson, Windermere FFA advisor and Paterson’s mother. “Th ere certainly wasn’t the variety of different species that students needed to see. He has made it possible for other students interested in forestry to easily access timber directly outside their classrooms. They no longer have to travel to other places to find native trees. Hendrix essentially helped create a forestry land lab on our campus.”

That quick timber access has proven useful since Paterson and his fellow Windermere FFA forestry CDE team members often head outside to examine and study the trees as they prepare for competitions. 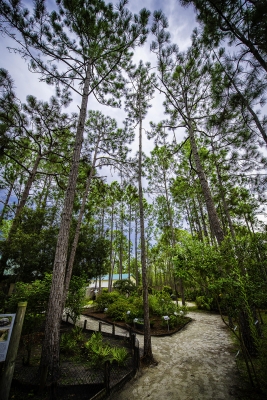 “I’ve been able to take my team right outside and teach them different ways to identify trees and diseases. We can look at how soil type and ground slope affect tree growth,” Paterson says. “My SAE project has helped me become more of a leader in my chapter because it’s opened up new opportunities, and spending so much time with the trees has only increased my knowledge base.”

In addition, Paterson says he’s proud to have created something that future forestry teams and agriscience students will also be able to use, leaving a legacy that will serve others for many years to come.

“In FFA, it’s not just about you as an individual member,” Paterson says. “It’s about your chapter and the members who will come aft er you. I’ll always feel honored that I was able to contribute to my chapter and school in this way.”

During his sophomore year at Windermere High School, Paterson aims to become a district or federation officer for the Florida FFA Association. He also hopes to see his CDE teams prosper and earn top spots at the Florida FFA State Convention & Expo.