For this award-winning alumni and supporters chapter, keeping sight of the FFA members it serves is what it’s all about.

Jason Chester can talk at length about the virtues of what he considers “the coolest job in the world.” The North Carolina agricultural education teacher offers enthusiastic praise for FFA. As the West Rowan FFA advisor and a member of the West Rowan FFA Alumni Council, he knows plenty of pointers for putting together an alumni and supporters chapter that succeeds year after year.

Consider these activities his alumni and supporters chapter conducts. 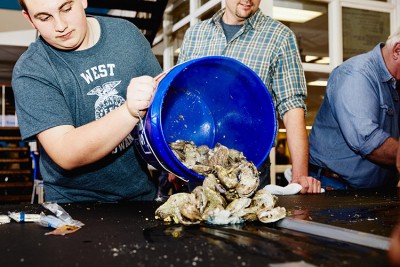 The alumni and supporters also show their community support by working an FFA booth at the county fair each summer where they sell ice cream and roasted corn; tending a community garden to grow produce that is donated to the local food bank; and organizing an Agriculture Day for area second-grade students, where they teach about agriculture through hands-on ag activities. Students leave with a small gift and a vegetable plant.

At the National FFA Convention & Expo last fall, the West Rowan FFA Alumni Chapter was named the 2018 National Outstanding FFA Alumni and Supporters Chapter. The same group has garnered top honors two other times since Chester helped recharter their chapter almost 15 years ago. He humbly credits coworkers, community supporters and a slew of others for winning those achievements, although many members attribute the continued success to his tire-less efforts. 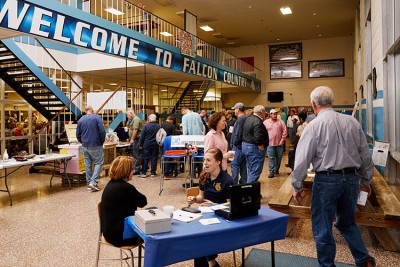 Alumni and supporters and guests attend the Oyster Roast.

“He took something small and blew it up drastically to what it is today,” says West Rowan Alumni Council president Garin Kluttz. “I watched it happen. When
I came into high school, it was Jason Chester’s first year here. He inspired me to get involved. Really, all the ag teachers here go above and beyond to always jump in and help.”

Participating in FFA since his teens at South Rowan High School, which is about 10 miles away, Chester holds great respect for the organization. With a 2-year-old and a 1-month-old in tow, fatherhood frames his perspective and makes him even more committed to maintaining a thriving alumni council to help serve the student chapter.

“FFA is not the most important thing in my life, but obviously it is a huge part of my life,” he says.
His wife, Brittany, a West Rowan FFA Alumni and Supporters member and former state officer, understands his commitment deeply. She often joins him at FFA events.

“All of us involve our spouses in our program. That’s probably the real secret,” Chester says. “Our spouses get involved in the activities, and they each have FFA backgrounds from all different chapters. So that brings a broad combination of experience to our program.” 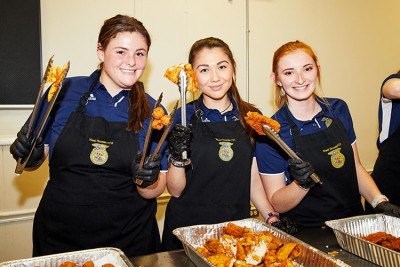 Something else that separates us from some of the other alumni chapters around the states is how well our alumni council and FFA advisors work together to make plans of support,” he adds.

The West Rowan FFA Alumni Chapter includes 120 lifetime members and nearly 90 annual members. While some share a blue jacket background, the nontraditional FFA supporters don’t. They might possess experience in agriculture or simply an interest in helping the youth and community. 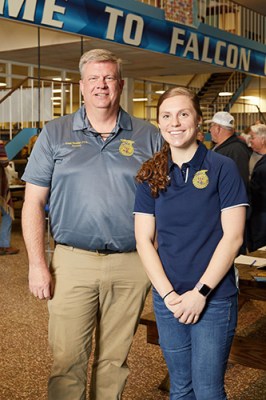 “I got started in the alumni council when my daughter, Madeline, was in the West Rowan FFA for two years in high school,” says Tony Wilhelm, a corporate information technology director and nontraditional council member. “Jason asked me to serve on the alumni council, and I haven’t been able to get out of it since,” he says with a laugh. Madeline is now an agricultural education major at North Carolina State University.

Wilhelm says being situated in the middle of farm country makes recruitment efforts easier than it might be for other alumni and supporters chapters. “But you have to show them this is not just farm work; this is an organization that grows leaders. It’s worthwhile to invest your time and efforts into these kids because they’re going to be your leaders in 10 years.”

Kluttz became a lifetime member as soon as he graduated from high school in 2009. He’s now a beef cattle and grain farmer, and he works in the ag-equipment trucking industry, as well.

“I don’t really have time, but I make time because I care a lot about agriculture,” Kluttz says. “Like with farming, it’s not easy working long after the sun goes down and starting before the sun comes up, but if it means something to you, you’ll make time for it. I help all that I can with the alumni council.” 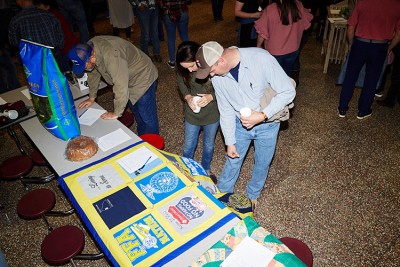 Keep an Eye on the Prize

So what’s next for the West Chapter and can it maintain its winning momentum?

Competitions and accomplishments represent a tiny spotlight in time, Wilhelm says. “It’s a brief moment to shine. The next year, no one is talking about the competition winners from the last year or three years ago. What is noticed, though, are the soft skills that the students learned during their preparation for those events. They are noticed by teachers, professors, parents and employers. They notice the confidence and dedication. They notice the public speaking skills and ability to work as a team,” he adds. “As FFA alumni and supporters, we’re helping to prepare them for the next competition, as well as becoming the next farmer, teacher, business manager, PTA president, little league coach and FFA alumni council member. The time and effort we give them now multiplies itself later.”

Awesome Alumni
Want to develop a strong alumni and supporters chapter? Consider these