From Opponent to Advocate: Empowering Women in FFA

Through this door pass many friends of the FFA. It is my duty to see that the door is open to our friends at all times and that they are welcome.

It is a phrase that thousands of FFA members know by heart. It is spoken proudly to begin every FFA meeting, convention and banquet. It is also a phrase around which Jim Knight, emeritus professor of agricultural education from the University of Arizona, has developed a lifelong career. Knight is pictured above, far right, as an FFA member.

However, opening the door to diverse and talented members was not always his first instinct. 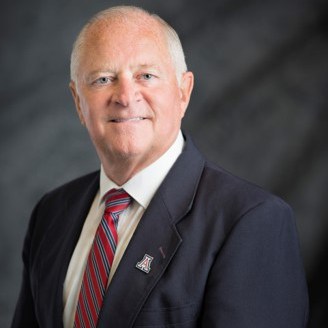 “In the early 1960s, I served as the Colorado state FFA president,” says Knight. “When I attended convention that year, we were surprised to find the vote for female membership on the table. At this time in history, FFA was for boys, and the girls took home economics. My gut clenches when I think back to that time, because that was not the year women gained membership rights.”

A few short years later, Knight took his first teaching job at Holyoke High School in Holyoke, Colo., with the goal to build up an FFA program that had gone stagnant.

“I was an ambitious first-year teacher in 1969,” says Knight. “I took a handful of students to convention and realized we were witnessing history being made. By that time, my old-school views of gender roles were changing. I realized not only the opportunity this presented to women, but also the ways this would grow agricultural education programs.”

As Knight moved on to earn his doctoral degree at Ohio State University, he realized that his true passion was to encourage diversity in the National FFA Organization and to help chapters become more inclusive. Decades later, his research, recruitment and role modeling have led to increased tools for FFA chapters to promote female membership, which is currently at an all-time high. Knight also received an award at the 72nd National FFA Convention & Expo for his work promoting diversity.

“When the opportunity to include new people and ideas presents itself, we need to take advantage of it,” Knight says. “We need to have equity in agriculture and in FFA. We need to open the door in such a way that anyone who desires to pursue agriculture – regardless of gender, race, religion, native language – brings that uniqueness and improves this organization.”