Celebrating 3 Generations of Women in FFA

MeeCee Baker and daughter Libby Baker-Mikesell fondly recall stories of Dorothy Baker, one of the first female members in FFA.

Having a female role model in her life was never something Dr. MeeCee Baker lacked. Baker’s mother, Dorothy, was one of the first female FFA members in the country before women were officially allowed into the organization.

“My mother eventually made a career as a teacher, but I never understood why it took her six years to graduate,” Baker says. “It turns out, she left her college program during the war to become a welder, a skill she learned in the shop classes of her agricultural education program. She was a truly remarkable woman.” 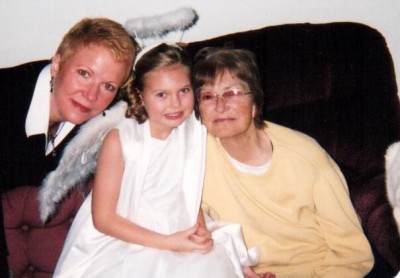 Remarkableness is a trait that has been passed down through the generations in the Baker family.  Baker is now the CEO of her own company, Versant Strategies. She attributes much of her career success to her passion for